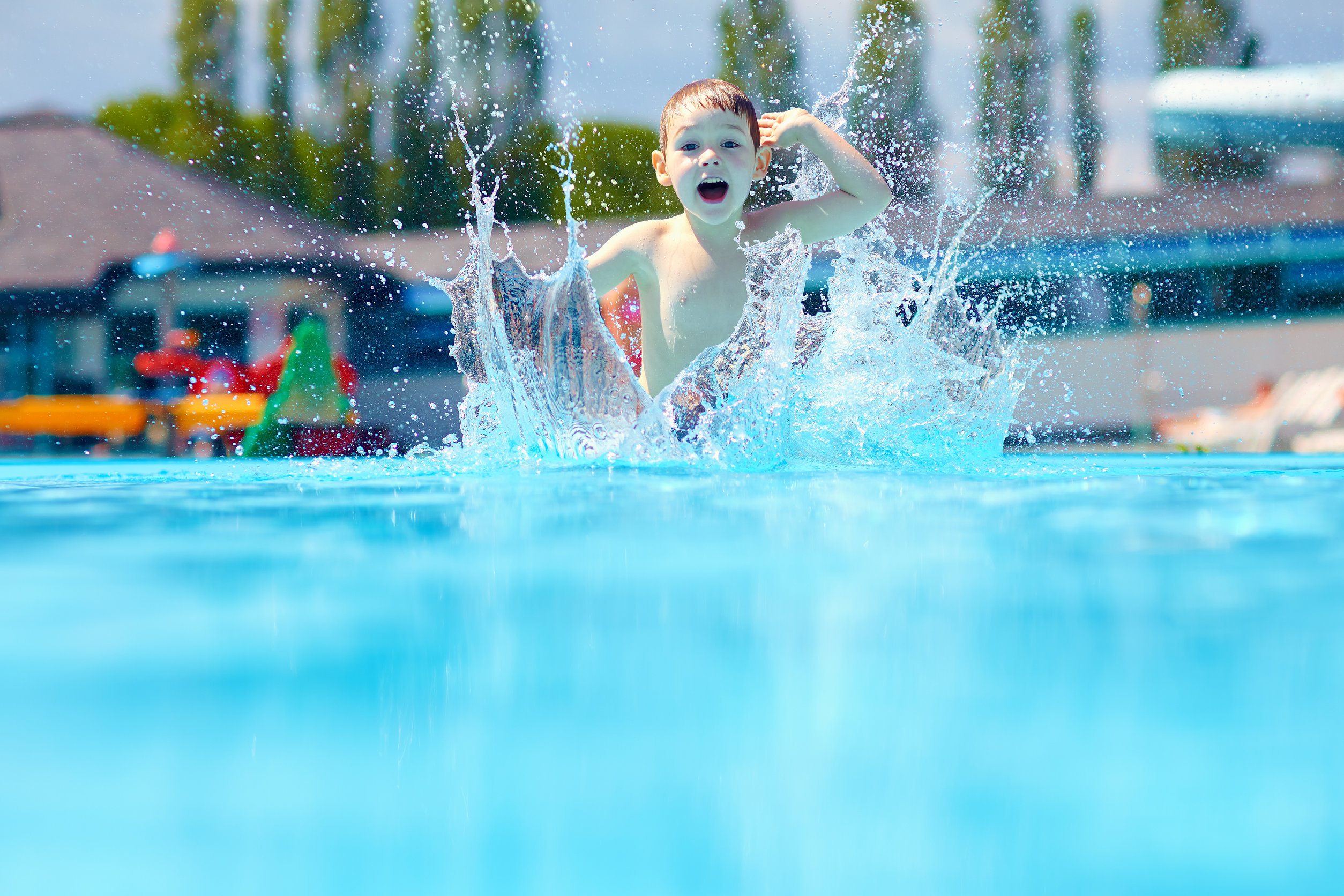 Lew Wolfe Pools has been servicing and maintaining pools in the Philadelphia area for approximately 20 years. Formerly a family-owned business, LWP was acquired by aACE partner All Solutions 360 in 2018. The company was doing well, but new owner Bryan Anderson immediately realized there was a problem: they used QuickBooks for accounting, and everything else was done the old-fashioned way – on paper. If he wanted his new venture to grow, Bryan knew he had to modernize his business operations.

As an aACE partner, Bryan already knew what the solution could do. But that doesn’t mean that he took the decision to implement it lightly. He and his team did their due diligence, examining both general business management solutions and industry-specific software. What they found was that only one solution could power their growing business while remaining adaptable enough to add support for workflows unique to their industry.

That solution was aACE.

From Weeks-Long Invoicing to Push-Button Billing

When Bryan first took over the business, describing the monthly billing as a time-consuming task would have been a major understatement. During their off-season, the process of collecting and approving the previous month’s invoices could take up to seven days. In the busy summer season, that time more than doubled to 17 days – over half a month spent just catching up with the previous month’s billing. “We’d have hand-written tickets, and we’d have to go through each one, organize them alphabetically, and bill them manually,” Bryan explains. “It was really, really bad.”

The longer it took to bill customers, the longer it took to receive payment for services that Lew Wolfe Pools’ staff had performed. “It could be weeks before we got the previous month’s billing done,” he recalls. Bryan wanted to spend his time moving the business forward, but instead had to spend hours each month just keeping up with the paperwork.

aACE’s smart automation cut that time drastically. “Now when we do billing, it’s a push of a button,” Bryan says. “When we go to bill a client after work has been performed, the service record passes into aACE as a sales order, where it consolidates all of that information. And all of the pricing is set inside of aACE, including pricing for specific customers.” aACE references each line item, the quantities, and the customer’s pricing, then automatically generates an invoice that’s ready to be reviewed and delivered.

“We’re able to review the bills and get them out on a daily or weekly basis, depending on the specific policies in place for each account,” Bryan says. “In some cases, we’re getting payments the same day that a service was performed.” This enables them to stay on top of their cash flow and invest more time into growing the business.

Turning Stacks of Paper into a Goldmine of Digital Data

When the business was run largely on paper, Bryan had little visibility into what – or how – his company was doing. There was no centralized repository for data; each ticket, work order, and invoice was an island unto itself. This made it difficult to grow the company or even to plan for the next year. After all, how can you improve your operations when you don’t know where you’re starting from?

aACE changed all of that. “By implementing aACE, we were able to eliminate all that paper-based information we were using in the past and put it into a live database,” explains Bryan. Digitizing that data gave him insight into the business that he didn’t have before. This enabled Lew Wolfe Pools to streamline their operations, allowing the company to grow even as the overall number of employees has shrunk.

“We originally had 12 employees when we acquired the company,” Bryan says, “And we were doing five times less revenue than we are today.” Since implementing aACE, they’ve had one employee leave – but their new processes are so efficient that they didn’t need to backfill the role. “It was a huge savings,” says Bryan, and it had a major impact. “Every year we’ve been able to basically double the business.”

Adapting to a Changing Inventory Landscape

When Bryan first took over the business, there wasn’t much in the way of inventory. “Traditionally, the pool maintenance industry hasn’t had to hold much stock,” Bryan says. “When I first bought the business, we were holding $2,000 worth of inventory going into the season.” Paper record-keeping, while still not ideal, may have been fine for that small amount. Then the pandemic came.

“With the demands that COVID-19 has brought, now we’re actually holding $200,000 worth of inventory,” he explains. “That’s a dramatic increase. And if you don’t have inventory right now, you don’t have sales for the following year. So managing inventory and the supply chain is becoming more and more important.”

aACE’s inventory engine makes it easy for Bryan’s employees to see exactly what they have in stock. As sales orders come in, the staff can see at a glance what they have on-hand to fulfill them – without digging through a stock room or calling around to distributors. “Now we can see how many of an item we have to sell versus how many are on a purchase order, and things of that nature,” Bryan says. He adds that his competitors don’t have the visibility into those details that aACE provides, giving Lew Wolfe Pools a strong competitive advantage.

A 50% Reduction in Technician Labor Per Job

Lew Wolfe Pools offers four services for their customers: installations of new pools, renovations of existing pools, weekly maintenance services, and repairs. These tasks used to be two-person jobs, but aACE enabled them to cut the workload in half. “We can do the same number of pools in one day with one technician that we used to do with two technicians,” Bryan says. This represents a 100% increase in the number of jobs they can do each day.

How did aACE help them accomplish such a huge increase in efficiency? With smart automation and increased visibility.

Previously, each step in a workflow was divided into multiple tickets, with two technicians dividing up the tasks for each job and manually writing down notes after each task was complete, documenting what was done by whom and when. With a custom-built field service app that integrates into aACE, however, Bryan eliminated all that manual work – and accelerated past his competitors.

“Most businesses in this space never get above 100-150 clients ever, because it’s too hard [to manage],” Bryan explains. “They don’t have the software.” He adds that typically these companies were handed down from parent to child, with processes that remain static despite technology evolving around them. “We use iPads and iPhones in the field all day long,” Bryan says in contrast. “Every one of our guys has a computer. Even our water-testing equipment is computer-based. And so aACE has been a huge supporting factor. I can’t imagine doing this without it, honestly.”

While his mom-and-pop competitors seem to be happy staying small, Bryan has a bigger vision for Lew Wolfe Pools: “One of my goals is to be the #1 service and installation company in the Philadelphia region. We’ve already grown our business by over 500% in 42 months, and our goal is to get to 2,000 customers.” To do that, Bryan has already acquired an additional pool company, Suburban Turn-Key Pool Services, with plans to add more. For now, he’s keeping both companies separate as he figures out what each does best and where improvements may be needed. Fortunately, aACE makes it easy to manage multiple companies separately within a single solution.

“Being able to look at, for example, Suburban’s clients vs. Lew Wolfe’s clients and things like that is huge,” says Bryan, adding that the feature will only get more important as they continue acquiring more businesses. “We’re going to want to be able to see all that data, and being able to go into one database to see it is by far the best option. I can’t tell you what a huge thing it is to have the ability to do that.”

A Platform for Integrating a Custom Industry-Specific Solution

Bryan and his team chose aACE because it was the only solution that offered the power they needed for their core transactions and the flexibility to integrate with tools designed for the particular needs of a pool service company. But when it came to finding those tools, Bryan had a problem: nothing he found on the market was capable of integrating with an ERP solution.

For any other business this could have spelled disaster, with duplicate data entry making costly errors more likely and wasted staff time a guarantee. But Bryan and the team at AS360 saw it as a golden opportunity. They developed a software package that addressed the pool industry’s unique workflows and integrated seamlessly with aACE.

“aACE is a great mid-market product,” Bryan says. “I believe it fits the needs of most companies out there. But aACE doesn’t have tools for managing, for example, bodies of water, which is fine because that’s not something aACE really needs. So we built that outside of aACE, and now we can sync data between aACE and our custom solution with the push of a button, which is awesome. It’s so much easier than trying to re-key data.”

So much easier, in fact, that AS360 plans to make their solution available to pool service companies across the country – paired with aACE for a complete, all-in-one business management system with additional features tailored to the needs of their target market. In addition to Lew Wolfe Pools, AS360 has already begun deploying their custom add-on to select clients, with extremely encouraging results. “We’ve had as many as 50 trucks a day running our software,” Bryan says. “I think that speaks dividends.”

In Their Own Words

Here’s what Bryan had to say about the results of his aACE implementation:

“There are so many companies out there that could benefit from aACE. It’s not just industry-specific, and that’s the beauty of it. Anybody that needs job costing – there’s a great job costing module in there. Anybody looking at Microsoft, anybody running multiple companies, any distribution companies… aACE could give these companies a chance to add value. Anybody who’s looking for more long-term support, it’s a great opportunity.

“aACE has got a great support team, one of the best out there. We’ve gone from less of a partner to more of a customer after reinventing ourselves, and any time we’ve needed something the team has always been there.

“And for us, aACE has more than paid for itself, over and over. Most people in my company hadn’t used it until we introduced it to them, but getting everyone up to speed was so much easier than with other products I’ve used in the past. I have so much control when it comes to who can access which areas of the system –some user groups have access to inventory, others can see sales orders only, and things of that nature. That’s going to be of huge value to us as we grow. And I’d really like to thank the aACE Software team for all the work they’ve put in, because aACE is a great product.”

Interested in learning more about what aACE can do for your SMB? Read our feature highlights to see how aACE can help you take your operations to the next level.

Improve Your Worker IT Satisfaction To Boost Employee Retention