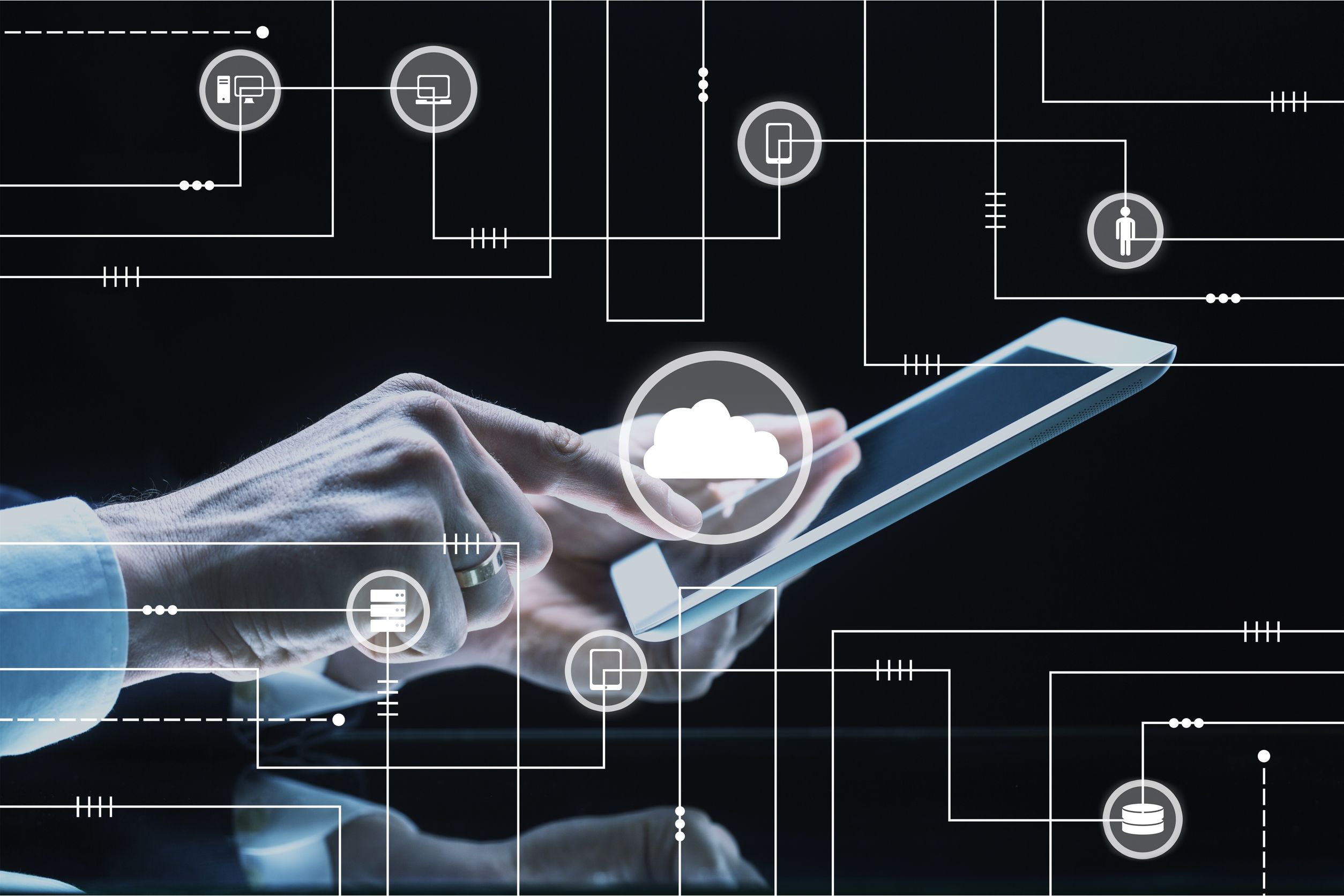 Whether they’re meeting existing clients for lunch or greeting new prospects at a conference, your sales team is constantly in motion – and they need a CRM solution that will move with them. Wouldn’t it be great if they could create contacts, update leads, and set next steps directly from the same phones they already take everywhere they go?

With aACE, they can.

aACE’s CRM App allows your sales team to quickly and easily manage their contacts from virtually anywhere. To see the app in action, let’s take a look at how our fictional company, aACME Education Solutions, uses it in their day-to-day operations.

Account Manager Mara Harvey is manning a booth at a local trade show geared toward K-12 educators. In a previous conversation with Megan Lloyd, principal of The Haughton Day School and an active prospect in Mara’s pipeline, Mara learned that she too would be at the trade show, and they agreed to meet up in person. Once Mara finishes setting up the booth, she opens the CRM App on her iPhone to get in touch with Megan. The first thing she sees is a list of her current leads. 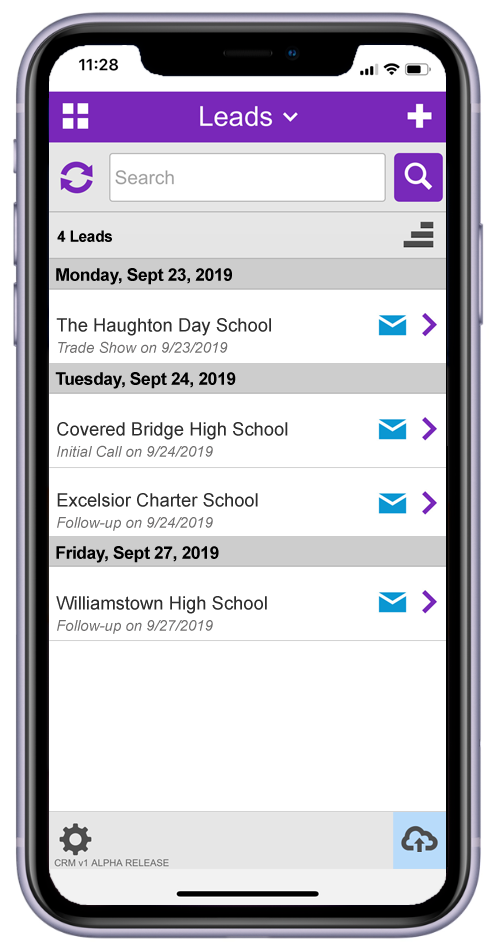 Mara selects The Haughton Day School and is taken to a detail view showing pertinent information, such as the name of her contact and the next step associated with the lead. 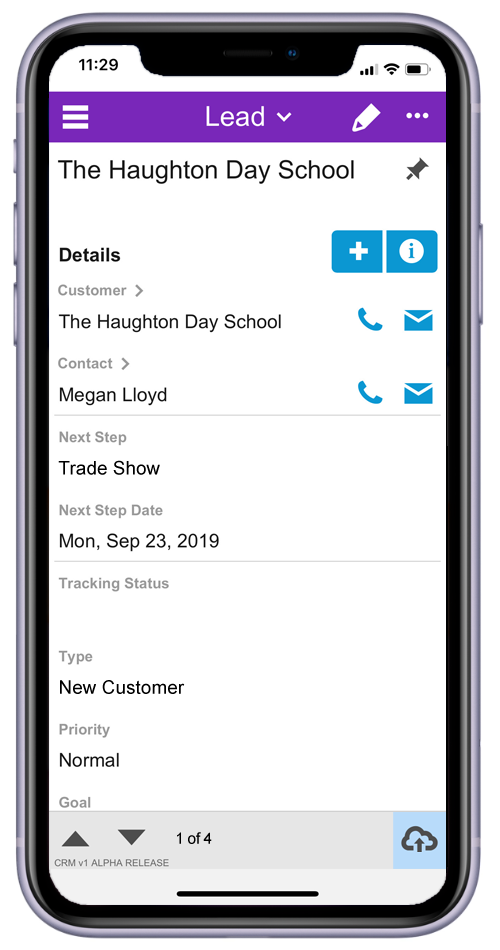 Mara taps the phone icon next to Megan’s name, then taps Call and quickly reaches Megan. She gives Megan the location of her booth, and Megan lets her know that she plans to stop by soon.

Later in the day Megan swings by the booth, where she and Mara have a productive conversation about electronic whiteboards. Afterwards, Mara taps on the Plus icon to enter a new Comment or Activity, then selects the microphone option on her keyboard to verbally record some thoughts about the conversation. She saves her remarks as an Activity so that they will appear in The Haughton Day School’s company record in addition to the lead record. When she’s back in the office she’ll send over those quotes, but for now she’s moving quickly and only wants to spend time on the essential information. 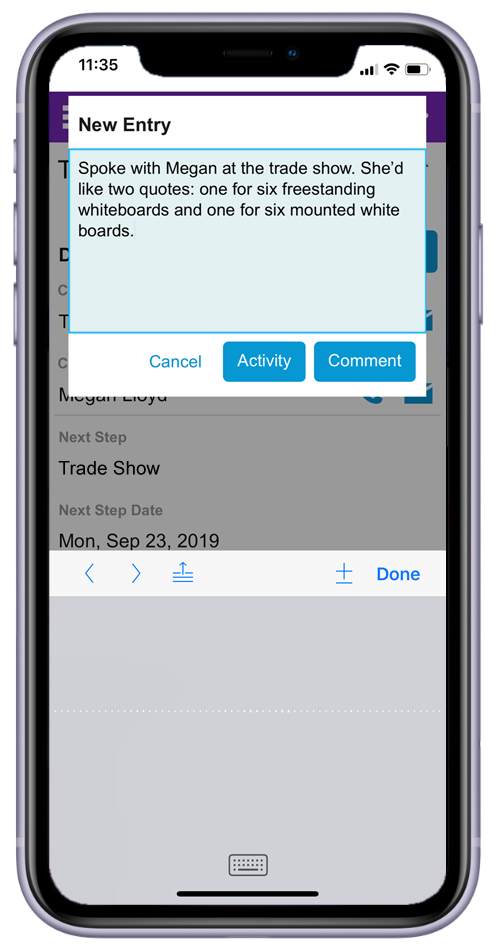 Later during the trade show, Mara strikes up a conversation with Caroline Silva, the principal at Morningside Elementary School. Caroline is interested in using tablets in the classroom to help her fifth-graders become more proficient with reading. She asks Mara to send her a catalog once she’s back in the office.

To capture this interaction with Caroline, Mara opens the Leads tab in the CRM App and taps the Plus button to create a new record. Because she’s focused on keeping the conversation going while entering this data, she only includes the most pertinent information, knowing she can go back later and add more details. Mara sets “Send Materials” as her next step and “Sales Inquiry” as the lead type. 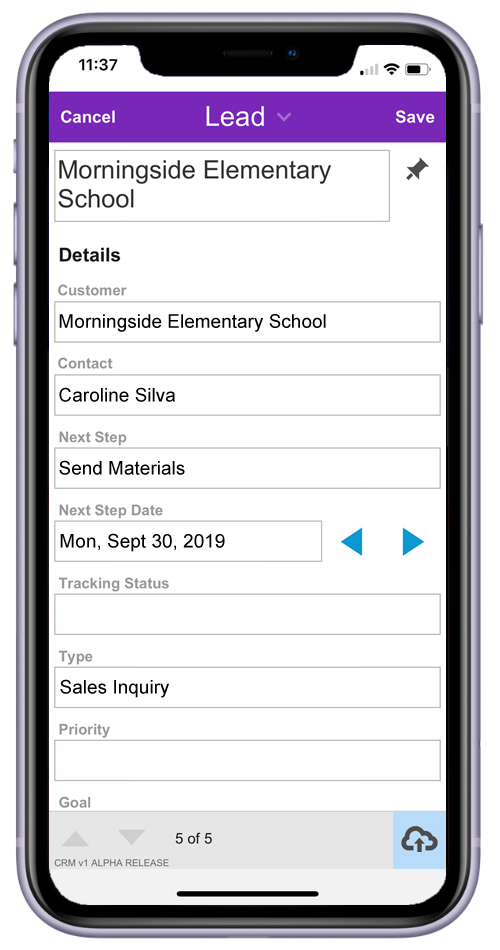 Mara also takes some time to scope out other vendors at the trade show. She is particularly intrigued by Tech2Teach, a small company selling educational software. Thinking she may want to pass their information on to aACME’s buyers as a potential vendor, Mara opens the Companies tab in the CRM App and quickly enters their information. 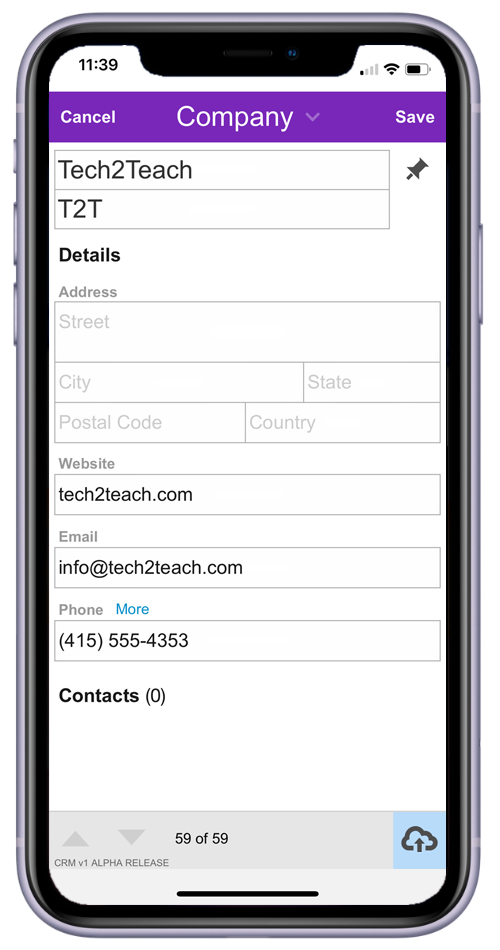 The cloud icon in the bottom right-hand corner of the app is highlighted in blue, meaning that Live Sync is enabled. This allows the CRM App to pass all of the information Mara is entering back to aACME’s desktop aACE solution in real time. This feature is best utilized when there is an available Wi-Fi network.

But what happens if that Wi-Fi connection is interrupted or unavailable? The flight home from the trade show doesn’t offer Wi-Fi, so Mara turns Live Sync off by tapping the cloud icon. She spends the flight entering the names and contact information from the new business cards she received. 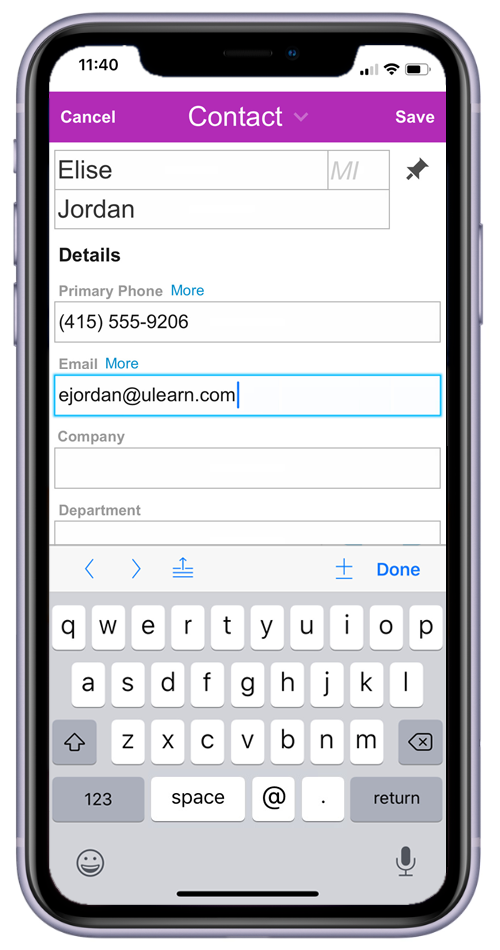 After landing and reconnecting to Wi-Fi, Mara taps the icon again to sync the data she entered in the app with her desktop aACE solution. Back in the office, the contacts she entered are now available for her colleagues to see and follow up with.

aACE’s CRM App puts the information your sales team needs directly at their fingertips, making it easy to keep up with today’s fast-moving markets. To learn more about how aACE unites your desktop and mobile CRM tools to empower your sales team, check out our related feature highlight. And to discover what else aACE can do for your business, sign up for a webinar today.

Cap Off 2019 With Our December Webinars

6 Ways ERP Can Save Your Business Time and Money